My chicks are arriving in a month and, considering how everything we do takes longer than expected, I’ve started making final preparations.

This week, the brooder heater arrived. I purchased a Brinsea 600 brooder heater after checking out several options. I like that it is safer to use than the heat lamp I used last year and that the height adjusts as the chicks get bigger.

I was introduced to this particular heater by Michael at Wilding Acres last summer. One day I went to see their newest batch of chicks a few days after they had hatched only to discover they were already outside. “After three days, I couldn’t stand the stink,” he said. With the Brinsea heater and, being summer in North Carolina, his chicks did just fine outside. With that in mind I decided I was not going to have a repeat of last year of having smelly chickens in the bathtub for six weeks. Remembering that they were in there for so long because a certain teenager was dragging his feet, I’m uneasy about the looming deadline.

The plan is to keep the chicks in the bathtub for a couple of days to recover from the trip through the postal service and to be sure everyone is healthy and will survive. Then I will move them to the brooder box that will be housed in the chicken run.

I’m hoping that by being able to see the chicks for several weeks while they’re growing and feathering out, the existing flock will be more accomodating when I integrate them.

Now we need to build the brooder box (we’ve purchased the supplies) and finish the chicken run (a project that is now seriously behind schedule) before that plan can be implemented. Remembering that last year’s delay in getting last year’s chicks outside was because of a certain teenager dragging his feet, I am feeling a bit uneasy about finishing in time.

On Saturday we picked up a flat of strawberries (8 quarts) from a local strawberry farm – Kildee Farm.

We tried a hack I saw on Facebook a couple of years ago and used a metal straw to core and top them. It worked! It was a real time saver, too.

We processed the 8 quarts into: 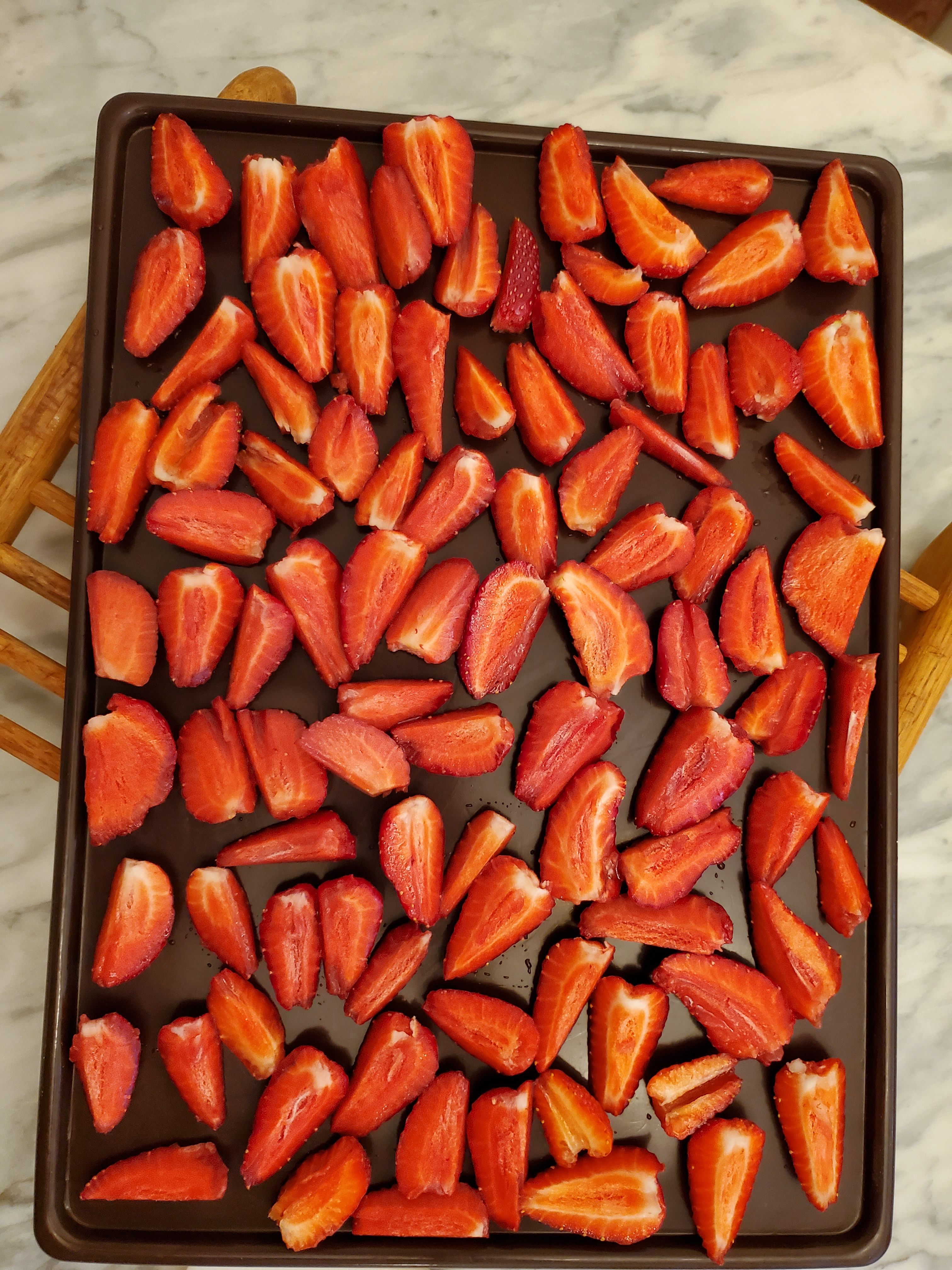 3 trays of sliced berries in the freezer, 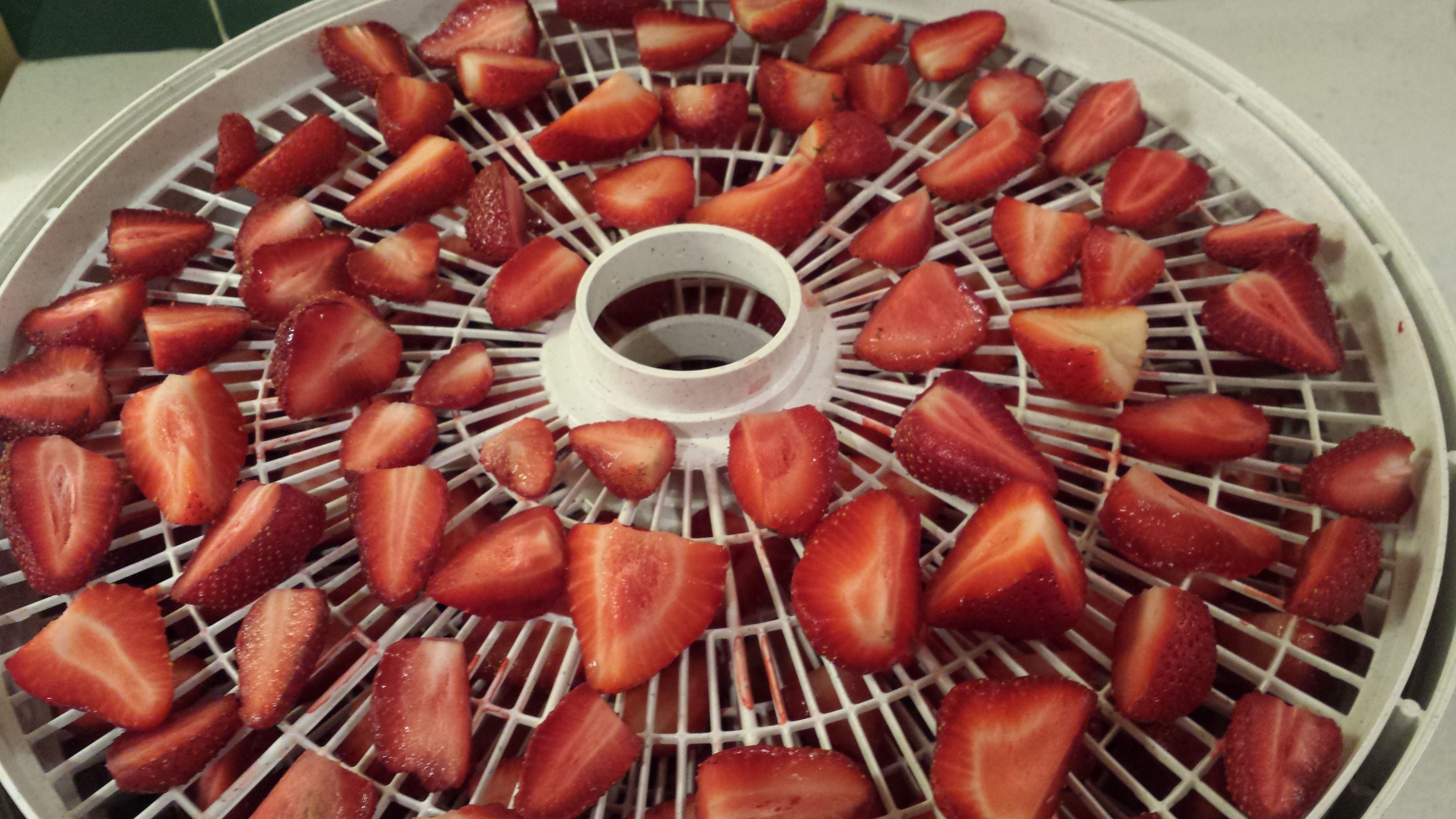 a load in the dehydrator, 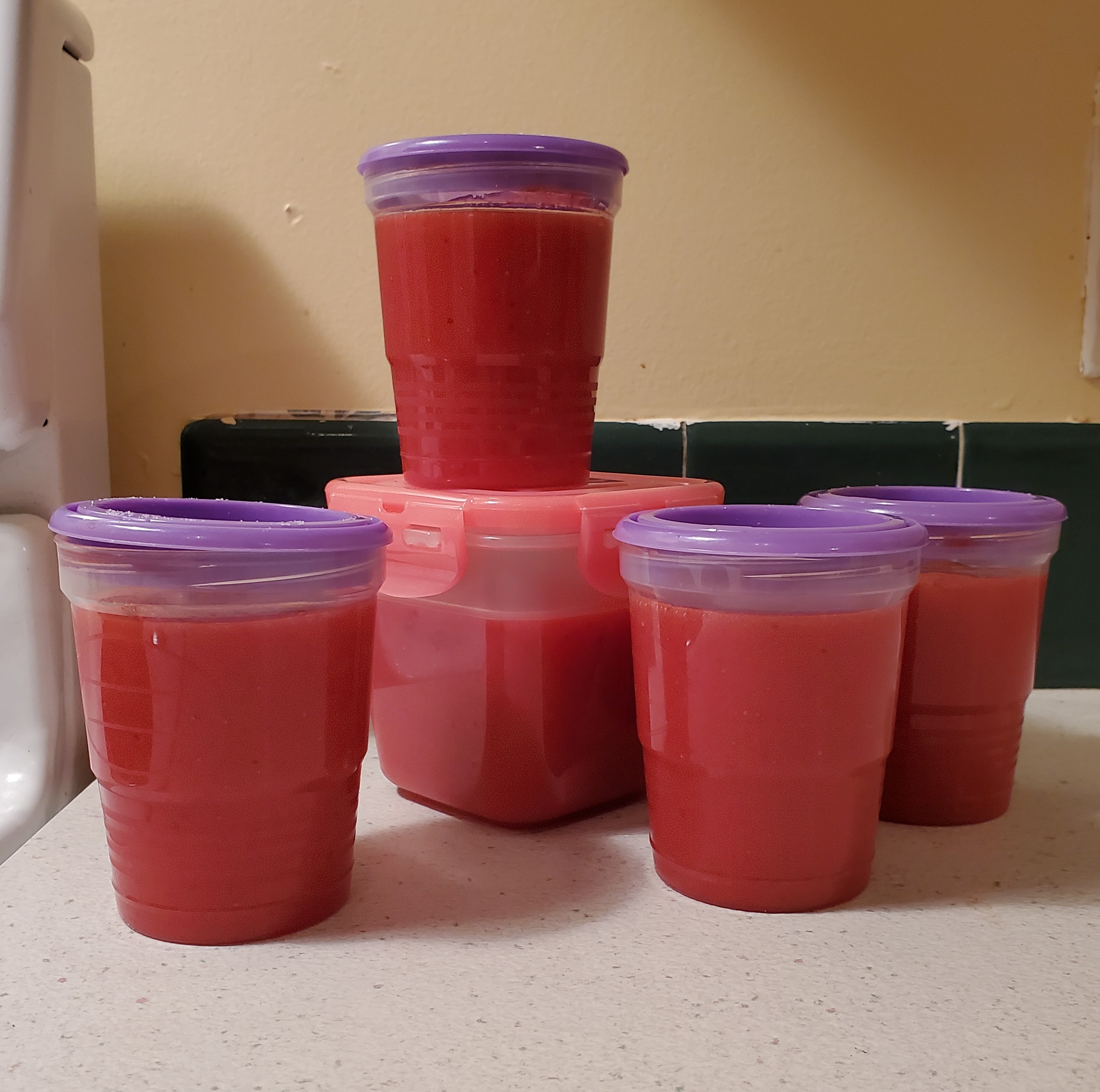 a batch of freezer jam,

a couple quarts were shared with another family, and, of course, we made a nice bowlful just for eating.

The chickens got the guts and the greens so nothing went to waste.

← Greenstalk is On Sale!
Have Faith in Yourself →
Join 50 other followers