Eager is broody. She wants to raise babies and has created a nesting spot. When we approach, she growls. It’s hysterical to hear! I took a video to insert here but haven’t figured out how to do that, so just think miniature Chewbacca.

The thing with Eager as a broody hen is that, unless we force her off the nest, she stays put. So, everyday we don our gloves (in case she decides to peck us) and lift her off the nest and out of the coop where she sits on the ground like a lump, growling at us. We give her a little time to get over herself then force her to stand up and walk around. We have to shut the coop door, though, or she’ll run right back to her nest. After awhile, she gets impatient and starts flinging herself against the door as if she can magic herself through it. We don’t torture her for long though. Once we see her eat, drink, and poop we let her back in.

I ordered my batch of chicks to arrive in June and wasn’t expecting this development. Nevertheless, I decided to let her keep a few eggs to see what happens. I am letting her set on three eggs: two of her own eggs and one that a Legbar hen snuck into the nest. (I would have liked to have seen that bit of drama!)

This newest, though unexpected, adventure will show 1) if she’s a good mother, and, 2) if we kept the right rooster (aka, is Road Runner doing his job?). It will also be interesting to see what a Blue Belle/Legbar cross looks like (the blue egg).

As a result of the “Eager Development”, the building schedule for the hoop house and chicken coop changes has to be adjusted from April/May to the next two weekends.

In other Spring news: on Friday, after three days without rain, I noticed the nearby farm fields have sprouted and are that lovely shade of Spring green that lifts the spirits. Then Saturday, I noticed leaves have opened on my azalea bushes. Winter is on it’s way out!

The boysenberries stayed hung up in Greensboro, so I called Gurney’s. Their boysenberries are out of stock so they issued me a credit rather than replacing them. No! I Want My Boysenberries!

Not to be outwitted, I immediately got online and ordered some from Burpee’s. Naturally, the Gurney’s order arrived a few days later. Now I need to call them back and have them cancel part of the credit. Only part because one was green and the other appears to be a dead stick. I planted both, however, because I really don’t know how to tell when bare root stock is alive or dead. Once the Burpee’s order arrives, I will plant them and we can see which ones work best.

You have to look really closely to see the sticks!

I also filled my Greenstalk planter with soil. I didn’t plant it yet though. I ran out of time and energy this weekend so that task has been pushed to next weekend. 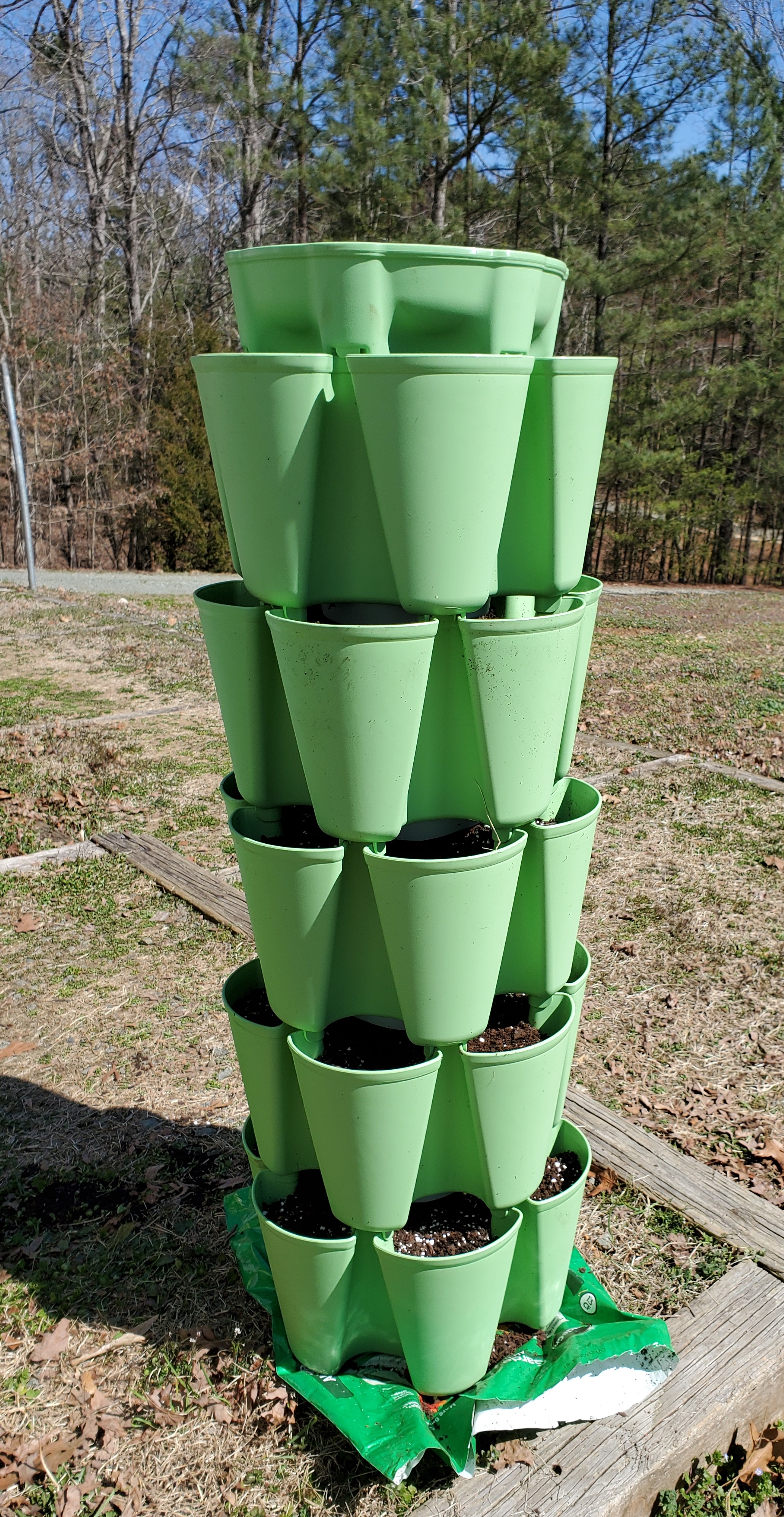 ← Leaving the Past in the Past
Chickens Down the Road →